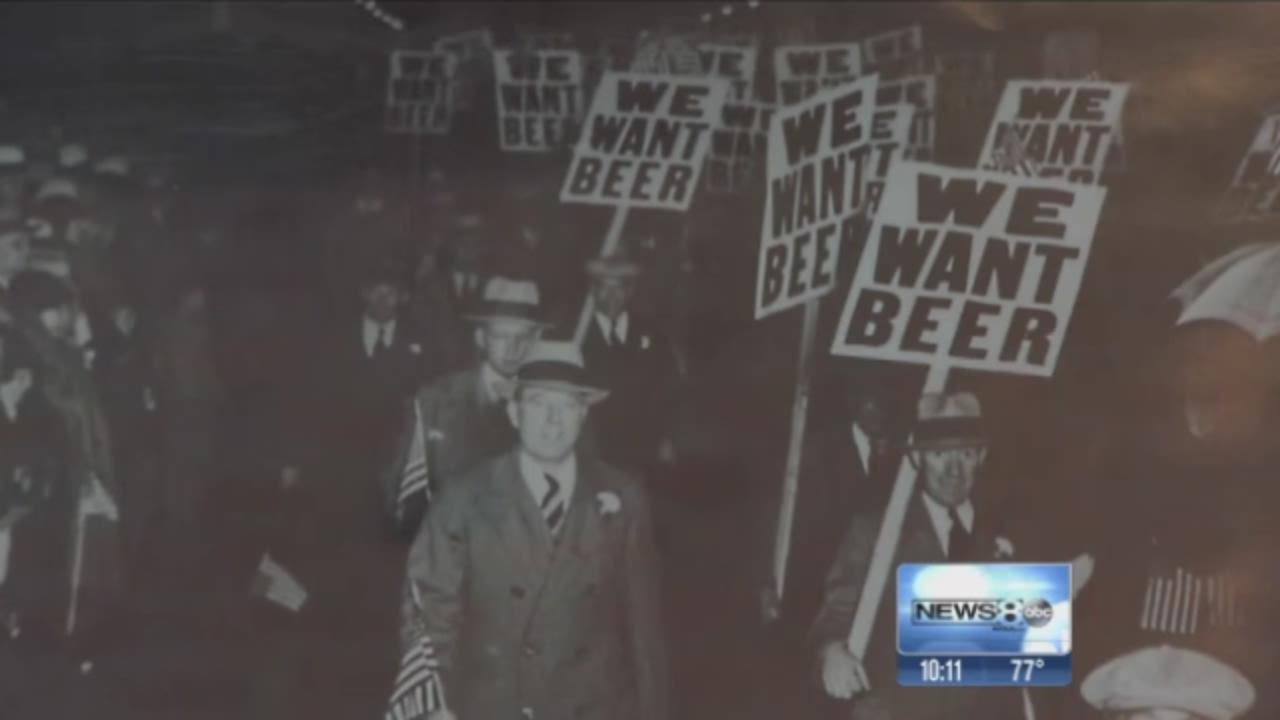 Along with the local peaches, peppers, and tomatoes, something else homegrown has sprung up near the Dallas Farmers Market. It’s called The Green Door Public House, a bar/restaurant that opened earlier this month.

DALLAS Along with the local peaches, peppers, and tomatoes, something else homegrown has sprung up near the Dallas Farmers Market.

‘It’s wonderful, and it just fits,’ one patron told us.

Gaines explains the drink menu is a nod to the Prohibition-era saloons that occupied this same building, which until recently sat about nine blocks away. Gaines says the old structure was disassembled and rebuilt on a new slab next to the Farmer’s Market.

The owners could have chosen to put it anywhere, but they picked this spot specifically because the neighborhood around it is home to several new housing developments, and because the city is spending millions of dollars refurbishing the Farmers Market next door.

‘That’s why we signed a 10-year lease,’ he said. ‘We didn’t do it for two years. We knew what is going to happen here. This is a place people are going to want to come to.’

That’s what other business owners are counting on as well.

At the indoor shed at the Farmer’s Market, Boom Juice owner Davio Ventouras is excited about the new developments.

‘I’m a believer that the more businesses, the better it is for everybody,’ he said.

In the coming days, Ventouras will move his Paleo juice and snack bar to a booth outside for the remainder of the year so his building can be remodeled. He knows that many other vendors have decided to give up and move out.

But Ventouras is staying put because he believes renovations at the landmark facility coupled with the potential lunch crowds and nightlife attracted by places like the Green Door might just be just the tonic the Farmers Market needs to thrive.

‘I think it’s great, and that downtown Dallas needs it,’ he said.